Institute of Biotechnology of the Czech Academy of Sciences, v.v.i.

Despite the great effort of leading vaccine experts, effective vaccine preventing HIV infection and further HIV virus propagation has not yet been developed. All HIV vaccines tested so far failed to elicit the production of broadly neutralizing antibodies in humans. The reasons for this lack of efficacy are mainly the presence of the glycan shield, protecting the recognition of functional domains on the surface Env protein, a poor immunogenicity of glycan domains identified as targets of some broadly neutralizing antibodies (bn-mAb), and autoreactivity of some bn-mAb resulting in the elimination of naïve B cells expressing unmutated precursors of bn-mAb. Nevertheless, the major obstacle in the development of a successful HIV vaccine is the enormous variability of functional HIV-1, particularly of its Env protein which allows a successful escape from immune surveillance.

The identification of proteins mimicking epitopes of the HIV-1 Env glycoprotein (serving as the vaccine antigens) recognized by bn-mAbs was performed by selection protein variants from the albumin-binding domain (ABD)-derived highly complex combinatorial library via ribosome display. As a molecular target, HIV-1 bn-mAb VRC01 was used. Proteins recognizing VRC01 were designated as VRA (variable region A) binders. Three identified variants called VRA017, VRA019, and VRA177 were predicted by in silico docking as potential gp120 antigen mimetics. These variants competed with gp120 for the binding to VRC01 as well as its Fab in ELISA. All three VRA variants were tested as vaccine antigens in mice. Sera of the immunized mice bound to a recombinant form of gp120 competed with VRC01 for the binding to the immobilized gp120 in ELISA, and neutralize 8 of 12 Tier-2 clades B/C pseudotyped HIV-1 viruses. The strategy based on the identification of small proteins mimicking epitopes recognized by selected bn-mAb represents a promising approach for the development of vaccines inducing serum antibodies functionally analogous to known protective ones. This approach is not affected by low immunogenicity of HIV-1 Env neutralization-sensitive (protective) epitopes, variability, and unique biochemical and immunological properties. Furthermore, such proteins are easy to express with high yield in a prokaryote expression system, are conformationally stable, and are not modified by posttranslational modifications such as glycosylation.

Searching for a partner to develop the technology, investments or licensing.

The project remains at an early stage of development. More immunization protocols need to be performed to identify an optimal combination of VRA proteins for priming/boosting, optimization of dose and route of administration and selection of most appropriate adjuvant in mice and rabbits. The optimal combination should be confirmed in baboons.

The innovative concept for the development of a vaccine against HIV is commented here: www.sciencedirect.com/science/article/pii/S2352396419304827 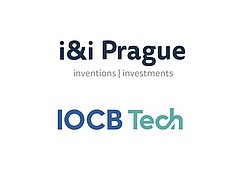