Parkinson’s disease (PD) is the second most common and fastest growing neurogenerative disorder in the world, affecting an estimated 7 million people globally. PD is a movement disorder arising from a loss of dopaminergic neurons and intraneuronal α-Synuclein (α-syn) aggregation. It is typically preceded by a long prodromal phase, characterised by non-motor symptoms such as a sleep disorder called REM Sleep behavioural disorder (RBD). Currently PD is diagnosed once a decline in motor symptoms has been recognised, with no single diagnostically conclusive test. By the time PD has progressed to the point whereby motor symptom deterioration is visible, up to 70% of dopamine neurons may have been lost. Additionally, in the early stage of the disease, PD can often be missed or misdiagnosed with other closely related neurodegenerative conditions. The development of efficient methods to assay key biomarkers in the earliest stages of PD, especially using a blood-test is necessary for the implementation of disease-modifying therapies that are currently in development or undergoing clinical trials.

Given its critical roles in PD pathogenesis, α-syn is a promising biomarker. To date, α-syn has been mainly tested in the cerebrospinal fluid (CSF), but the procedure for collecting CSF is relatively invasive. In blood, α-syn concentration is strongly influenced by red blood cells, which are the source of >99% of the protein. For this reason, blood content of free total α-syn in PD patients is of limited utility, partly due to contamination with red cell haemolysis. An alternative approach is to quantify the fraction of α-syn that is released from neuronal tissues, such as α-syn in neuron-derived exosomes. The major challenge in translating neuron-specific exosomal α-syn measurements in blood into a clinically useful test however remains the separation of exosome subpopulations in complex biological fluids from contaminants. Oxford academics have developed a new immunocapture assay to efficiently isolate exosomes from blood. Using this assay, they established that the release of neuronal exosome-associated α-syn is an early pathophysiological response in PD and at risk patients before the clinical diagnosis of PD. Therefore, neuronally-derived exosomal α-syn is a useful marker for predicting PD in the prodromal phase. This assay can be multiplexed to improved its diagnostic accuracy. For example, the researchers also found that the levels of α-syn and clusterin in neuronal exosomes isolated from serum were effective in differentiating α-synucleinopathy from other proteinopathies with almost 100% accuracy, thereby allowing appropriate treatment and care options. The new immunocapture assay and biomarker measurements offer a simple blood-based test for the stratification of at risk patient groups suitable for α-synuclein-targeting therapies.

Medical cost of treating PD in USA was $25.4 billion in 2017 alone. A number of disease-modifying therapies are currently undergoing clinical trials. This test can be used to identify those at risk of developing PD allowing them to benefit from such therapies, transforming the way this condition is managed and having a major impact on patients' quality of life.

The technology has been validated in a cross-sectional study of a total of 735 patient samples from four independent cohorts. 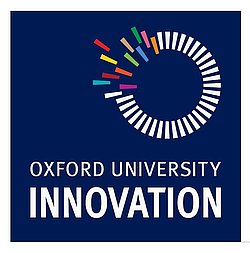