Despite many attempts to achieve a functional HIV-1 cure, current antiretroviral therapies cannot eradicate the latent form of the virus. Therefore, a drug combination with an ability to decrease latent HIV-1 reservoirs and stop disease progression is needed. Among the drugs that have a potential to awaken the latent virus and kill the infected cells are compounds that alter the redox balance of cells, such as arsenic containing drugs. Arsenic Trioxide (ATO) alone or in combination with other drugs exert a potent antiproliferative effect on hematological and hepatocellular malignancies. ATO induces HIV-1 latency reactivation in primary CD4+ T-cells and in Simian Immunodeficiency Virus (SIV)-infected macaques, without significant systemic T cell activation and inflammatory responses. Other arsenic containing minerals that can be solubilized and orally administered are also very attractive, like realgar, which is currently approved for clinical use in China against promyelocytic leukemia as an alternative less toxic form of arsenic. The current formulation of realgar approved for oral use is based on the granular mineral, where only 4% of the mineral is absorbed and the remaining portion is wasted. As the cost of realgar is relatively high, techniques aimed at its solubilization are actively searched for, but current attempts will hardly be able to find an industrial application due to the length of the preparation or the extreme temperatures to which realgar needs to be subjected for its solubilization.

We have recently applied for a patent and proposed other two arsenic containing minerals other than ATO, i.e. realgar and orpiment, both able to induce HIV-1 escape from latency. Our invention describes a method for complet solubilization of realgar (tetraarsenic tetrasulfide) or orpiment (arsenic sulfide, also known as auripigmentum), allowing for their oral administration. It also enables usage of these minerals, solubilized or in granular form, for relatively short periods to eliminate the virus definitely or induce a long-term remission of the disease during which no medical treatment will be required.

The availability of a drug able to induce an HIV cure represents an exceptional commercial opportunity for pharmaceutical companies. In another embodiment, the current invention would provide an important commercial opportunity in the context of the anticancer drug market by substituting the granular form of realgar currently approved for promyelocytic leukemia. Its simplified manufacturing could boost its potential applications in another number of neoplastic conditions.

We plan on conducting a clinical study to use an oral formula of arsenic trioxide in a randomized trial. This would be a proof of concept in humans for the HIV eradication potential of an arsenic-based drug. Realgar is produced and marketed in an insoluble granular form in China for anticancer purposes, and can be diverted to HIV once the HIV curing potential of arsenic is provided through the clinical trial. Our invention recommends usage of arsenic containing drugs in combination with antiretroviral therapy, independently of its granular or solubilized form.

The patent has been submitted to the PCT phase through the US Patent Office (Ref. number: PCT/US2020/052083). It claims priority to provisional patent application US 62/878,675 (priority date: July 27th 2019). The authors from the University of Heidelberg have opened a discussion to transfer their rights to that institution. 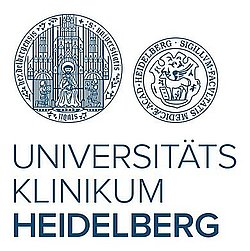