Alzheimer's disease (AD) is a neurodegenerative disorder with cognitive, functional, and behavioral alterations. AD is progressive and memory loss and personality changes pose a great burden for the more than 25 million patients and their families worldwide. Despite all efforts to identify the cause and halt the fast progression, only 5 drugs are currently approved in the US for treating the cognitive decline with no new therapies in over a decade. The cholinesterase (ChE) inhibitor tacrine raises levels of the neurotransmitter acetylcholine (ACh). However, the compound exhibits dose-dependent hepatotoxicity and acts only symptomatically, like all approved drugs. Due to the complex pathophysiology of AD, multi-target strategies may be the way forward. Here, tacrine can pose a promising start for developing a multitarget drug. The last years have yielded evidence that activating the human cannabinoid receptor subtype 2 receptor reduces overall AD-like pathology by attenuating associated neuroinflammation and improving cognitive impairment in animal models.

Here, we present hybrids of tacrine and an hCB2R agonist connected by different linkers. All synthesized hybrids showed pronounced inhibition of human ChEs compared to tacrine alone and interfered with overall β-amyloid aggregation. The most promising hybrids showed pronounced anti-neuroinflammatory effects in vitro on microglia cells and neuroprotection in vivo as evidenced by attenuation of short- and long-term memory in a murine Alzheimer’s model. Importantly, even high doses of hybrid compounds (3mg/kg) lacked hepatotoxicity seen with tacrine alone.

- High in vivo efficacy even at low dosages (0.1 mg/kg) and no liver toxicity

Proof of concept in vitro and in vivo Alzheimer’s model. 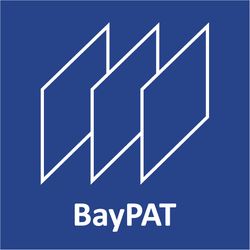