The use of adrenaline in treatment of cardiopulmonary resuscitation is fundamental since it is capable of stimulating myocardial contraction and resumption of the heartbeat. However, especially in case of multiple injections (as prescribed by guidelines for cardiopulmonary resuscitation), its non-selective action exacerbates the ischaemia after the return of spontaneous circulation and increases the risk of neurological damage.

This invention consists in phospholipid-based liposomes loaded with adrenaline by a pH driven remote loading and shielded by polyethylene glycols from interactions with plasma proteins for a prolonged circulation in blood. Such a formulation is engineered to be used as an injectable colloidal dispersion for parenteral administration during cardiac emergencies. This formulation enables:

The injectable liposomal adrenaline formulation here proposed could be authorized by European (EMA) and/or American (FDA) regulatory agencies as a substitute of the adrenaline solution currently on the market in all the clinical applications where cardiopulmonary resuscitation is required. Examples concern cardiac emergencies of various types, such as cardiac arrest, ventricular fibrillation, pulseless ventricular tachycardia, pulseless cardiac electric activity, cardiac asystole. According to “Cardiopulmonary Resuscitation Market Research Report- Global Forecast To 2023 ID: MRFR/MED/0840-HCRR | January, 2019” the market for the Global Cardiopulmonary Resuscitation is dominated by the American region as more of the incidences of cardiac arrest are seen in the American countries. The second largest market is represented by Europe, where the number of cases are increasing. The Asia-Pacific region is also witnessing a continuous growth of cardiac patients, the young population being here more affected than in other regions. The market will grow steady at a rate of 7% CAGR during the forecasted period 2017-2023.

The pharmaceutical composition has been developed and completely characterized in vitro in terms of physico-chemical and pharmaceutical properties. Preliminary in vivo pharmacokinetic data on pigs as animal model confirmed the sustained release effect of liposomal adrenaline compared to marketed adrenaline solutions. Preclinical efficacy studies on porcine models of cardiac arrest are planned.

An International patent application has been filed recently. Worldwide patent protection is possible. 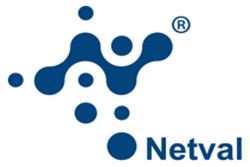