PROSION developed a first-in-class approach to address so far undruggable targets that are linked with various hard-to-treat diseases through a disruptive platform of chemical building blocks called ProMs. ProMs can be combined to small molecule drugs for a very abundant class of "undruggables”, namely PRM-binding targets. These targets are known to play key-roles in a multitude of pathologies, e.g. cancer, Alzheimer’s, cardiovascular diseases, etc.

The potential of the ProM-platform has already been validated in vivo in a first POC targeting Ena/VASP, a particularly difficult oncological PRM-binding target.

As a clear "first mover" in this field, PROSION intends to exploit the value and potential of the ProM-platform through the systematic development of ProM-based drug leads in collaboration with key partners.

PROSION’s business model addresses a trend within the pharmaceutical industry, with established companies heavily screening the market for external innovation. Based on the promising results for Ena/VASP as a proof-of-concept and the know-how of more than a decade of research, PROSION aims to exploit the value and potential of the ProM-platform by using a hybrid model:

PROSION will be the first company worldwide to feature a technology to develop small molecule inhibitors of PRM-mediated interactions. So far, no direct competitors on the market have successfully inhibited PRM-recognizing targets with low molecular weight inhibitors.

Most recently conducted experiments in breast and pancreatic cancer mouse models indicate very promising results regarding efficacy and toxicity. Next major developments include (1) a second rodent experiment and a tox study in mini-pigs – (2) and the closing of cooperation with a pharma partner.

IPO or acquisition by a strategic partner – for both these options, having a strong pipeline will be of key importance. PROSION’s cooperation-focused business model naturally paves the way for such an acquisition.

PROSION's founding team brings together a wide range of skills - including experienced medicinal chemists, entrepreneurs and scientific experts from academia. Dr. Chiha acts as a CEO and operates scientific development, while Mr. Yönel manages the financial aspects. Prof. Dr. Schmalz and Dr. Kühne act as advisors to all scientific subjects. Dr. Söhngen (former CEO @ PAION AG) recently joined and takes on the role of COO a.i., bringing a wide experience in the pharma industry. The management team is supported by a highly-skilled technical team of devoted researchers, which have been with the project since its inception. PROSION is also backed by Prof. ten Dijke, a specialist in cancer-cell signaling and Prof. Dr. Metternich, a Senior Research Executive with 30 years of pharma leadership experience. 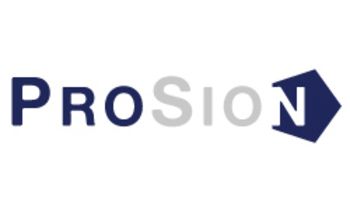